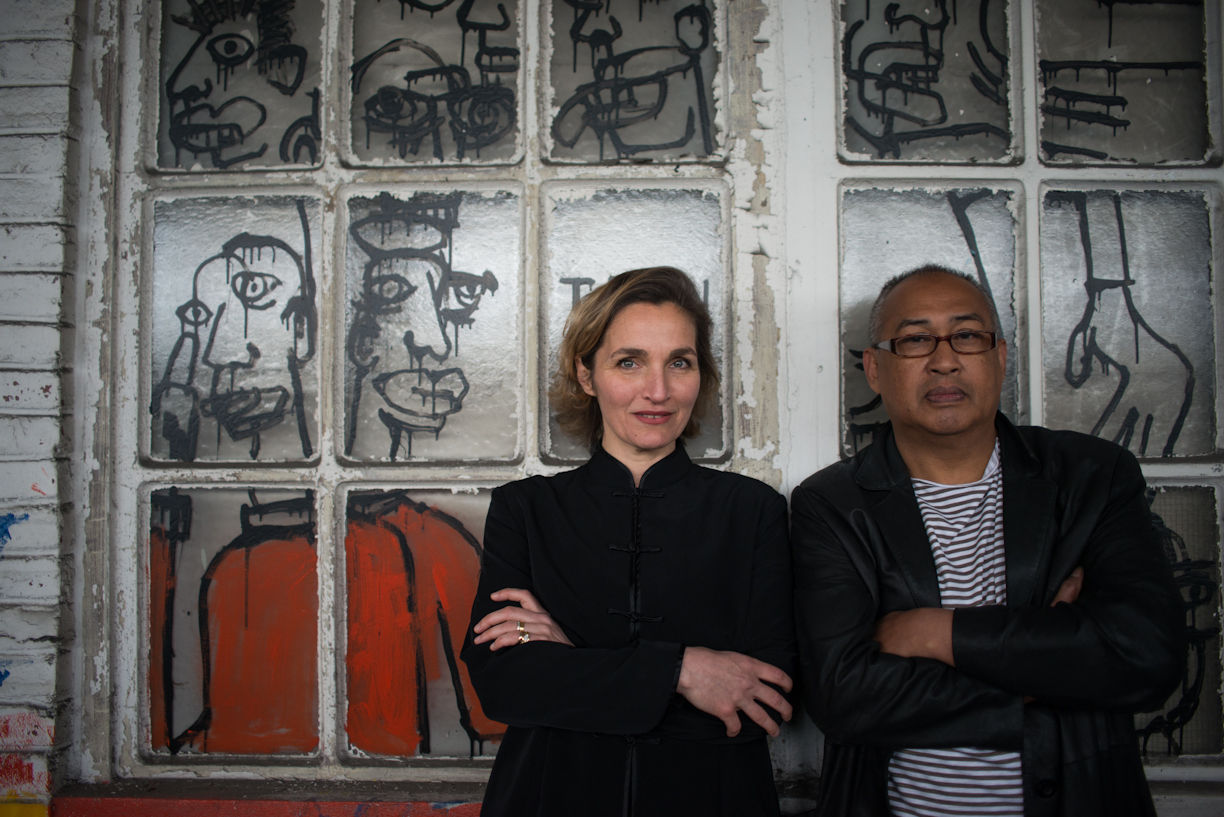 PARIS  MASALA is a music collective built around the duo formed by the singer Christina Batmanghelidj and the guitarist Yves Rakotondrabe. When these two musicians met, the repertoire of cover songs that they decided to re-visit quickly began to reflect their multi-cultural origins.

Yves Rakotondrabe who is originally from Madagascar brought his solar energy and long experience in rock, pop, Brazilian and Madagascan music to the project. Christina Batmanghelidj, of Persian and Irish origins, came to the project with her classically trained voice and eclectic taste spanning from British pop, soul, classical music and traditional Persian and African music.

PARIS MASALA has been collaborating with the drummer/arranger, Manu Riquier, (After Snow Falls, Sanseverino, Nouvelle Vague),to develop their project which includes tracks with featured artists such as the Camerounian actor/singer/ percussionist, Tadié Tuené, the Japanese multi-instrumentalist/singer, Gen Shimaoka,and a number of other honorable surprise guests.

As citizens of the world who have chosen to live in « The City of Lights » the group is acutely aware of the fact that the Paris melting pot is only just beginning to bubble!

And so,« If music be the food of love, play on.. » William Shaksepeare